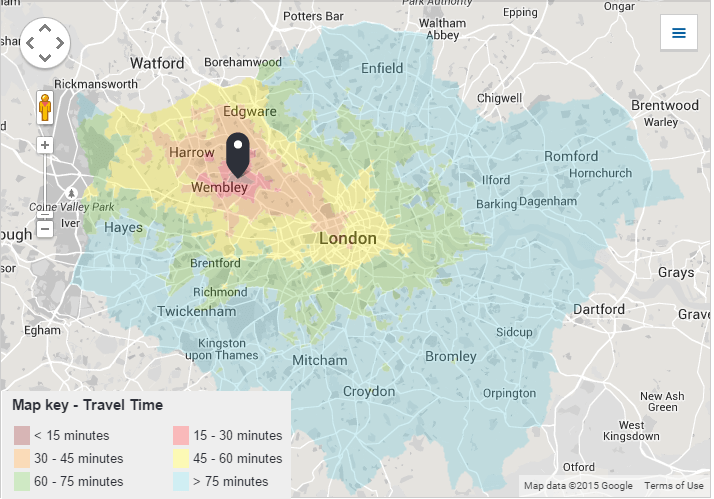 These isochron travel time maps to each of London’s major football stadiums were all created using TFL’s WebCAT.

The service is primarily aimed at the planning community, but as these estimated travel time maps to London’s biggest football stadiums show, the public can benefit as well.

The maps actually show how far you can get from each stadium using public transportation (including: National Rail, London Overground, Tube, DLR, Tram, Buses) in 2011. However, return travel times should be roughly equal.

The maps are rough estimates only and you should always check your journey using the TFL journey planner before leaving. You wouldn’t want to miss the match!

All maps provided fall under TFL’s WebCAT terms of use and Google Maps/Earth Additional Terms of Service.

Here are the 12 largest stadiums in London based on capacity. You can click on any map to zoom in. 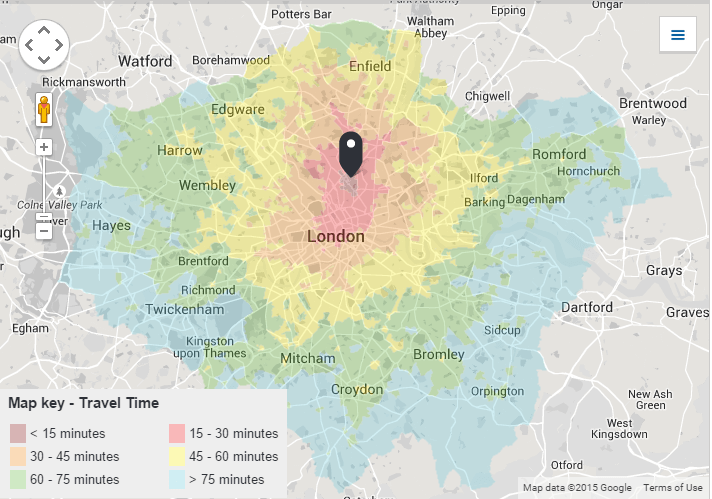 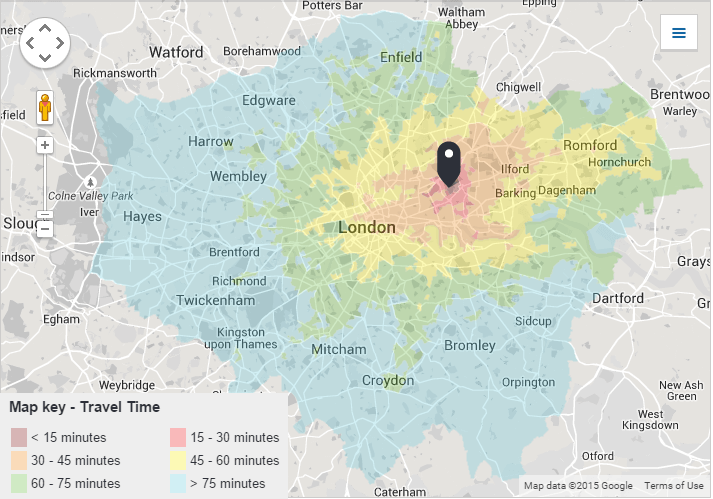 Travel times to the Olympic Stadium 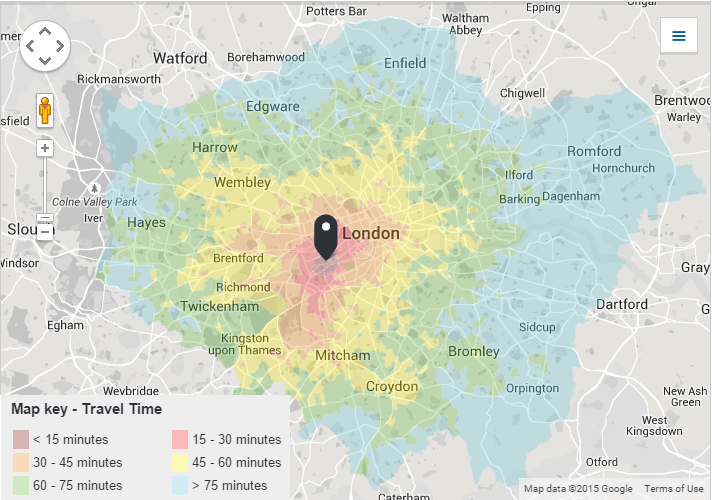 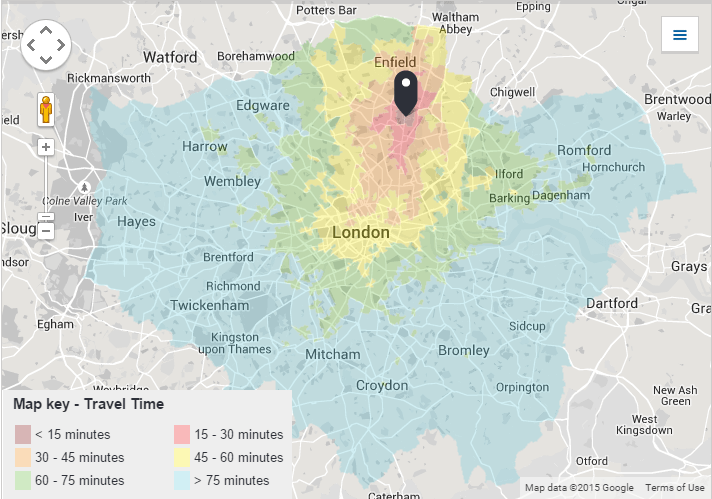 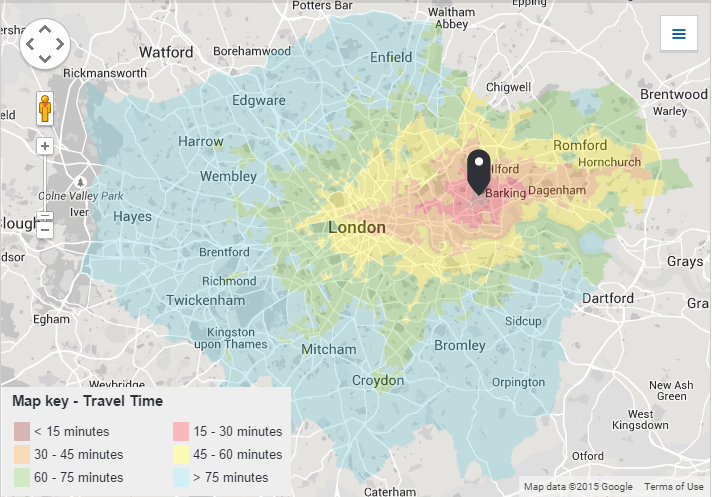 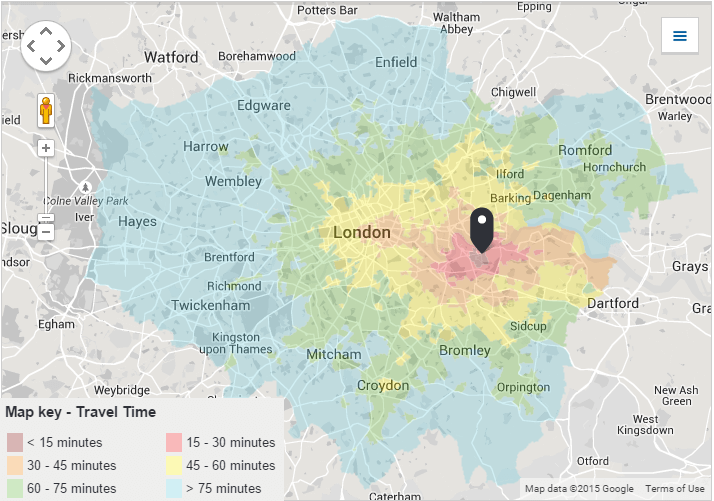 Travel times to The Valley Stadium 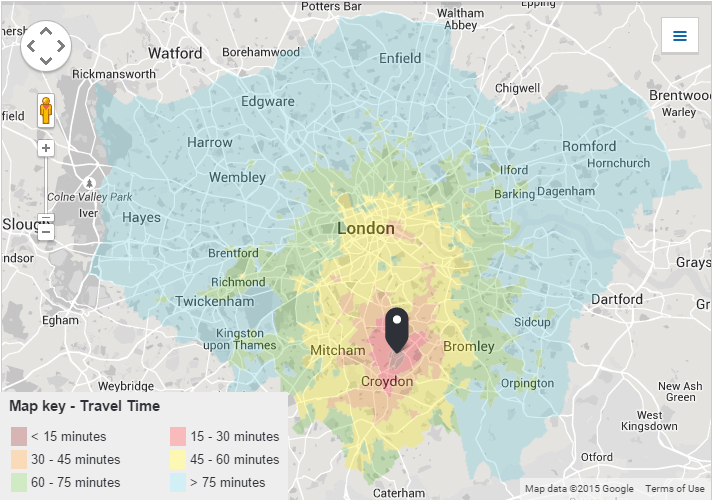 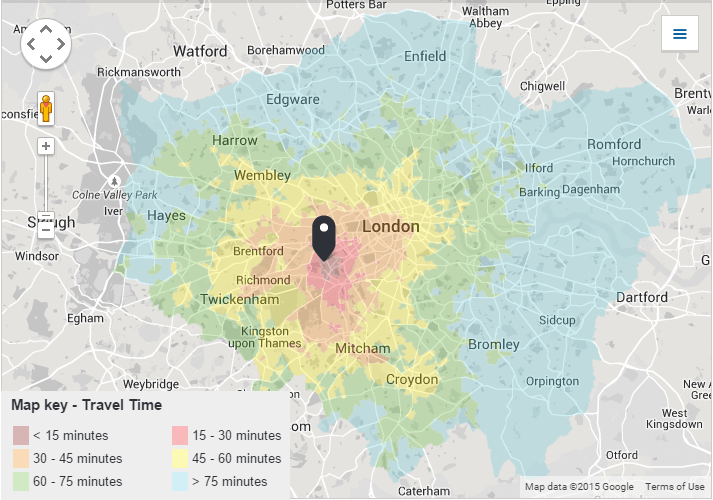 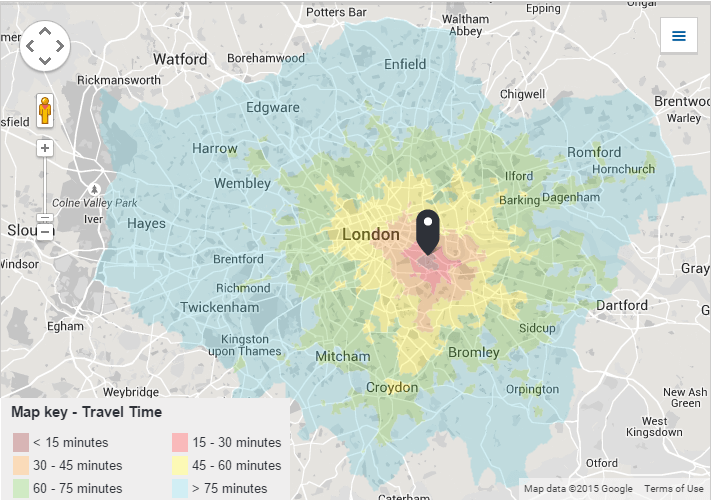 Travel times to The Den 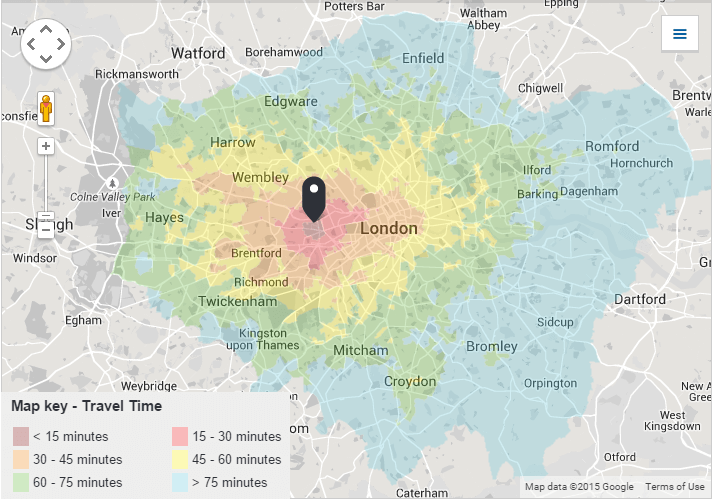 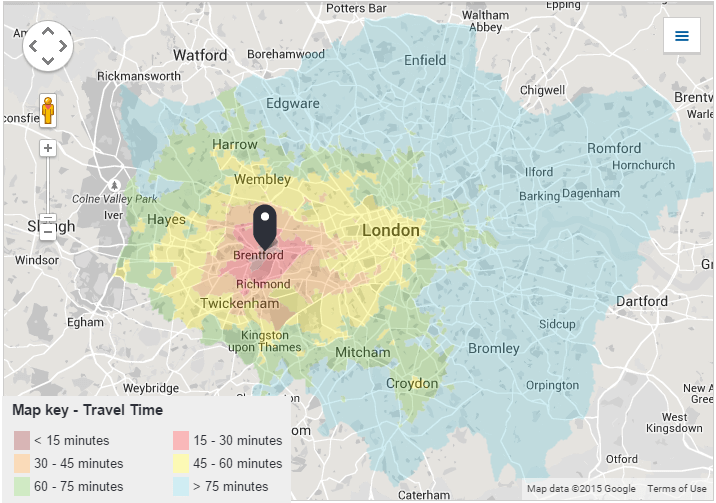 Have any thoughts on the maps above? Leave a comment below: