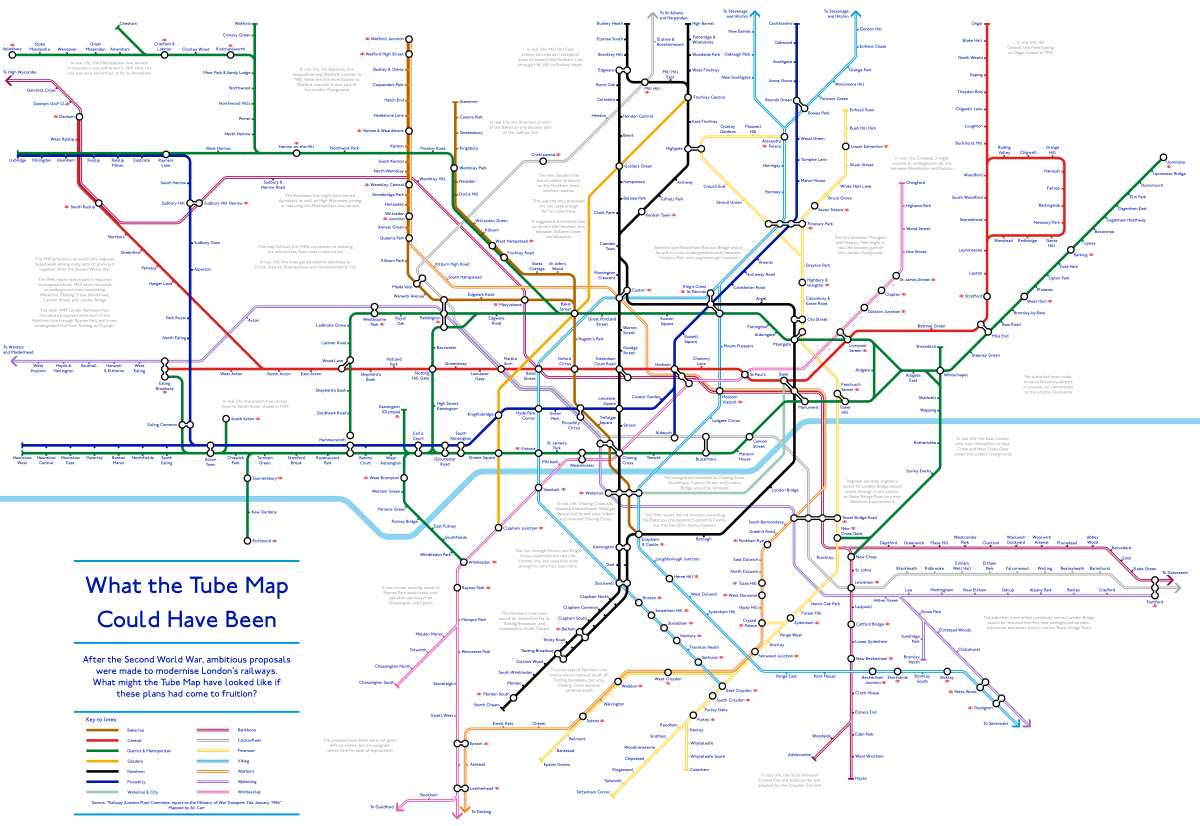 The map above shows what the Tube Map might have looked like had proposals from 1946 had been implemented. The plans are nothing if not ambitious, especially for a country that still had rationing in effect following the devastation of World War 2.

The source for these plans was the Railway (London Plan) Committee: report to the Ministry of War Transport 21st January 1946.

Find anything else you think is interesting? Then please leave a comment below: