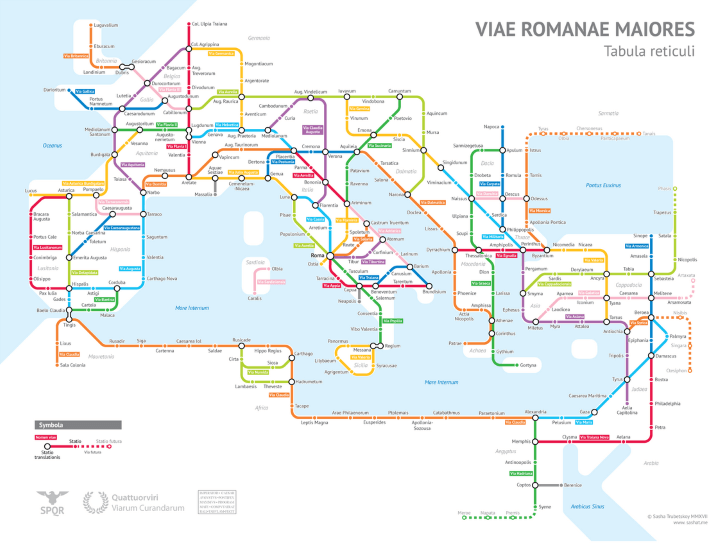 The map above is tube / subway style map of the major Roman roads around 125 AD. It is the amazing work of Sasha Trubetskoy and is largely based off the ORBIS Model of the Roman World and The Pelagios Project.

According to the author in summer time it would take you two months to walk on foot from Rome to Byzantium (later Constantinople and now Istanbul) or around one month by horse. However, if you took a boat it could be done in around 25 days.

The author then goes on to list of how they came up with road names:

Here’s a list of the roads that have authentic names and paths:

Some roads have real names but were modified somewhat:

The other roads have relatively uncreative names that I invented, usually based on a place that they pass through.

You can see a full size image of the map here.

Enjoy this post? Please help us by spreading the word: